I finally got around to trying to put a fall twist on a classic cookie. 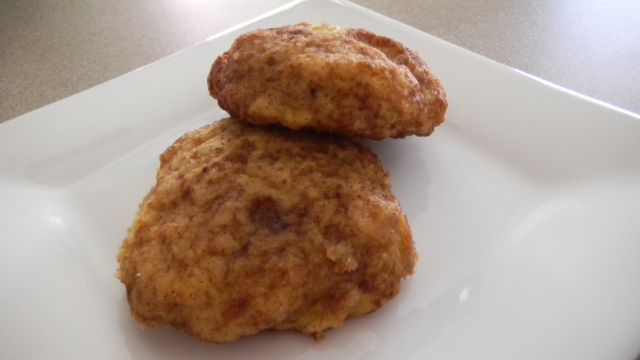 I found this recipe on pinterest, and knew I had to test it out.

I followed the recipe, only making one change. I used some brown sugar in the sugar-cinnamon mixture I rolled the dough in before baking. I like that it made the cookies a little speciklier. 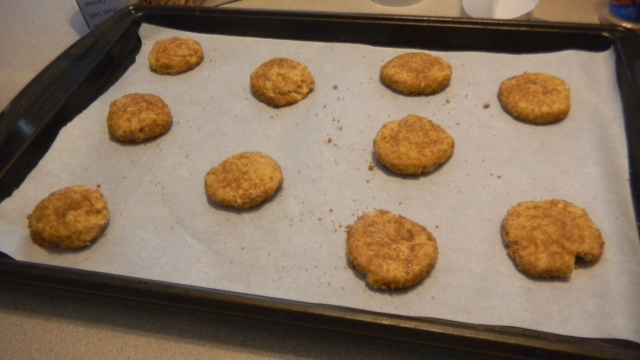 The verdict: They were good, but something was off. I think Dan hit the nail on the head when he said that the cookies were fluffy. Don’t get me wrong, there’s nothing wrong with fluffy, chewy cookies. It’s just that snickerdoodles aren’t supposed to be fluffy. I probably won’t make these again. I guess this goes to show you that sometimes, a classic shouldn’t be changed.

Stay tuned later on in the week to see what I did with the leftover canned pumpkin!